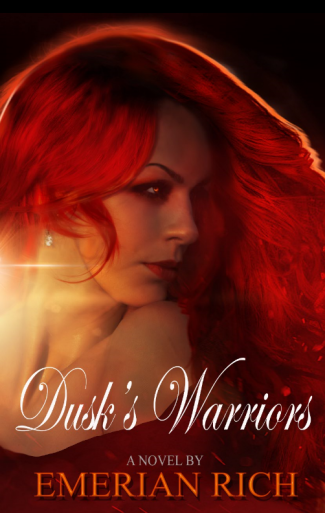 Heaven has opened up and welcomed the vampires of Night’s Knights into a new reality. As they struggle to find their place in their new world, trouble brews on Earth.

Demon servant, Ridge, is causing havoc by gathering up all the souls on Earth that have been touched by immortality. When he injures one of the Night’s Knights crew, he launches a war between the vampires of Heaven, the Big Bad in Hell, and a mortal street gang of vigilante misfits.

Will Julien, Markham, and Reidar be able to defeat the evil that’s returned, or will they once again need Jespa’s help?

Talking about haunted objects today over at Emz Newz.

Welcome to my contribution to the Haunt Jaunts #ParaDayParT day!
Check out all the other participants here.

Today I’m going to talk about haunted objects, like in my recent short story published in Haunt Jaunts, Shadow People and Cursed Objects. My short “Bye, Bye Blackbird” is a tale about two flapper chicks who steal a cursed necklace, but don’t know it’s cursed.

My inspiration for this story came about while researching Bakelite jewelry. Designers such as Coco Chanel and Elsa Schiaprelli started making Bakelite jewelry in the 20’s. Mostly for costume jewelry, the fad caught on big time and is still a jewelry-collectors prize today. A lot of hub-bub over what is basically just plastic. But back then, it was a novel creation.

None of this sounds spooky until you consider that once the initial Bakelite fad started, artists and designers started experimenting by putting other objects in…

Voices in this chapter by: Philip Carroll, and Emerian Rich.

Leslie finds a letter from her Aunt that will help her in their fight to come. Henry and Ashton stand against a legion of monsters as Leslie tries to find the spell. Mrs. Cutting and Mrs. Mannford pay Leslie a visit, with deadly consequences. Ashton takes on the creator of the monsters.

Mrs. Florin returns to the house. While those in the house speak with Mrs. Florin, the Randall’s receive a less pleasant guest. A rumble from the second floor, alerts Leslie and Ashton not all all is well.

Ashton reveals the whole truth to Leslie. While the Randall girls mourn, Mrs. Randall decides their course of action. Claudette receives a letter from the wall world.

Ashton and Henry secure the junk room so the buggars don’t get in. The people beyond the wall plan war. Leslie and Claudette search for the spell. Leslie meets someone new from beyond the wall.

Mr. Mannford tries his luck at Rachael, causing a confrontation between Mannford and Capt. Randall. Mrs. Cutting and Mrs. Mannford plan for war. Ashton and Henry find an unwelcomed visitor in the house.

Ashton and Henry discuss what they will do next and what the people in the forest might be plotting. Claudette gives a try at modern fashion. Ashton makes a swap with Mr. Mannford, the necklace for the journal. A startling discovery causes Ashton to doubt their salvation.

My first video update on how things are going.
Thank you for your support!